Techna Shear™ - Used On A Battleship 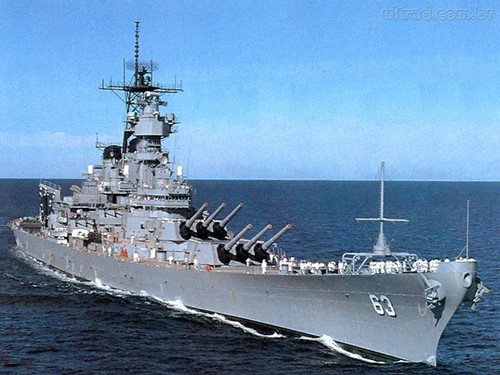 We received these photographs along with a letter explaining that Techna Shear™ was used to remove damaged surface from the 2" thick teak decks aboard the Battle Ship Missouri because of concern that traditional floor machines would remove too much material at high spots. Denny Murphy and his government supervisors agreed that Techna Shear™ was the fastest and most controllable way to recondition this historic surface.

Denny has used his Techna Shear™ for many years for anything requiring more than a surface grind including osmotic blister repair and major laminate removal projects. He recently rebuilt a fiberglass yacht that "tried to remove the Hawaiian Islands." The laminate was more than 1-3/4" thick at the waterline. 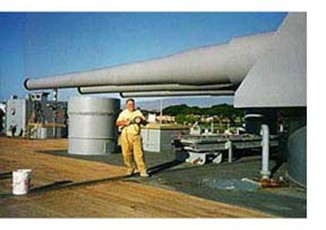 One of his most challenging Techna Shear™ projects involved taper grinding the radome from an Air Force AWACS jet. The specified taper of the relatively thin aerospace laminate was exact and several feet long.